While doing some checking on the WordPress server here, I figured out that since Google changed the reCAPTCHA back-end, I needed new reCAPTCHA keys!  This broke the ability to leave comments.  Oops.

This should now be fixed, and it looks like comments are working once again.  Sorry about that, folks. Just before the panel discussion, at Mason Government Center in Annandale, VA, June 2015

Some of you may have learned by now about Katie Couric’s, shall we say, “creative editing” to make the VCDL look bad for her “Under The Gun” so-called “documentary”.  She invited us for a panel discussion about why we’re pro-2A.  She then deceptively edited some footage to make it look like we were “stumped” by one of her “gotcha” questions.  But it didn’t actually happen that way.

I know, because I WAS THERE.  You will get a first-hand account of it, from me.

Turns out she pulled a hack-job worthy of a Soviet-era “news” channel.  I really thought she’d be more ethical than this.

Folks, I know we don’t always agree with each other as people.  But fraudulent editing and lying should be off-limits, and Katie stepped over that line here.  I’m going to show you, and it should make every one of you mad when you can’t trust the press to at least be honest.  Disagree, fine, but at least be honest!  She crossed that line. Thanks to SniperCentral for this image

We also continue our discussion of M1 Garands, this time, specifically the M1D Sniper Rifle.  Shooting it takes you back a few years, and it got me to thinking about a few things.

I’m writing this two days, almost to the hour, after getting back from a trip to Thailand.  I’ll give you some thoughts on visiting there, from a 2A perspective.  And yes, jet lag is somethin’ else! 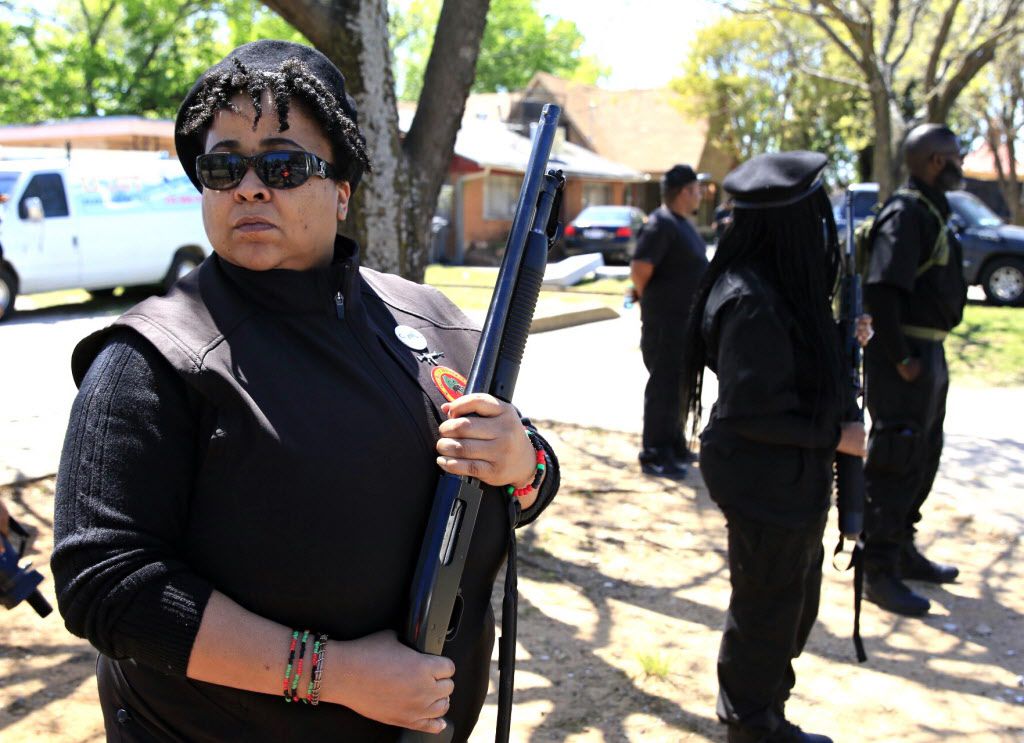 Yes, our Black lives *DO* matter! And we *will* defend ourselves.

A month ago today, there was a beautiful example of why the Second Amendment exists and why it’s still needed.  Seems some bigots calling themselves the Bureau of Islamic American Relations (BAIR) decided to do an armed protest in front of a mosque, located in a mostly-Black neighborhood.  Yep, these protestors were White. And yes, they did have the right to do their protest, as Texas is an open-carry state.

Here’s the URL for the story.

What the residents of this neighborhood did in response was just beautiful.  I laughed my can off when I found out about this.  Here’s a hint: not a single shot was fired.  🙂 The instrument of my Dad’s self-defense

Also, this evening, I finally got a chance to take Dad’s guns to the range.  These are the very same guns that protected him for decades; one of ’em’s probably close to my age.  I’ll tell you about them and how they were to shoot, from a shooter’s perspective.  One’s a Taurus, the other’s a Smith & Wesson.  Both are revolvers.

And finally, I’d like to recommend a Facebook page by a fellow Liberal named Anne Weber.  She added some important information regarding that whole Journal-News fiasco with the gun-owner-permit holders in New York City.  Folks, *this* is why the government shouldn’t know who and where privately-owned firearms are.  Anne, thank you for calling this to our attention; I hadn’t been aware of this until you posted it.